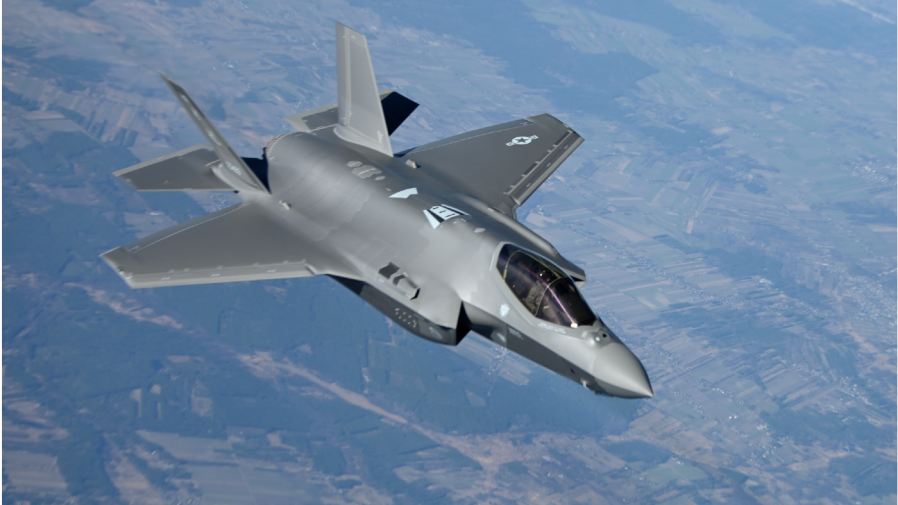 U.S. weapons sales to other countries experienced a major uptick in 2022, shooting up to more than $51.9 billion largely due to Russia’s war on Ukraine.

In the aftermath of the Feb. 24 invasion, European nations rushed to arm themselves, giving U.S. weapons sales a 49 percent boost from the $34.8 billion in sales in 2021, according to new data released Wednesday by the State Department.

Direct commercial sales also grew, with American defense contractors selling some $153.7 billion in weapons and military equipment directly to foreign governments in 2022, up from $103.4 billion the previous year.

The State Department attributed the spike to “authorizations adjudicated in support Ukraine’s efforts to defend itself from Russia’s unprovoked aggression.”

Arms transfers and defense trade, overseen by the Pentagon’s Defense Security Cooperation Agency and the State Department, are seen as important tools of U.S. foreign policy and national security.

The State Department first reviews the deals sought by other countries to make sure they line up with U.S. goals and, if approved, notifies Congress of the sale. Congress then has the option to reject a potential sale, but if not, the U.S. government moves on to negotiations.

The 2022 numbers represent the potential arms deals the State Department has notified lawmakers of, and not the final sales.

Among the biggest buyers of U.S. arms in Europe was Germany, which in July ordered 35 F-35 Joint Strike Fighter aircraft and equipment for a potential $8.4 billion in “support of NATO’s nuclear sharing mission.”

Ahead of Russia’s invasion, Poland in February sought 250 M1 Abrams tanks for an estimated $6 billion.

And the United Kingdom in March requested a new Ballistic Missile Defense Radar at an estimated cost of $700 million, while Spain the same month sought $950 million worth of MH-60R Multi-Mission Helicopters.

Chinese aggression in the Asian Pacific also spurred the uptick in sales in 2022, with one of the biggest orders coming from Indonesia. That approved sale includes 36 F-15ID aircraft for an estimated $13.9 billion.

Australia, a staunch U.S. ally and frequent warner of Chinese military intentions, stands to buy 40 UH-60M Black Hawk helicopters for an estimated $1.95 billion, among other deals.

The State Department also announced major potential arms sales to South Korea and Japan, the biggest including a $790 million deal for F-15K Slam Eagle aircraft and a $588 million agreement for S-70 Helicopters, respectively.

For Taiwan, which Beijing has threated to bring under its control, the Biden administration in September gave the go ahead for a $1.1 billion weapons package that include 60 Harpoon anti-ship missiles and 100 Sidewinder tactical air missiles.

Also in the mix were more controversial sales to Saudi Arabia and the United Arab Emirates, as the two countries are involved in Yemen’s brutal civil war.