The leaked live image reveals the model number and other key specifications of the phone. It also confirms that the Reno 8T 4G will have a flat display. Let’s take a look at the OPPO Reno 8T 4G specifications, features and other details known so far.

The OPPO Reno 8T 4G will be a new mid-range smartphone from the company. It is likely to launch in global markets sometime next month. Ahead of the launch, a report by Passionate Geekz claims that the phone will debut soon in India and Indonesia.

The report has revealed the specifications of the phone via a live image. The phone’s display is flat. It has narrow bezels around the display with a slightly thick chin. The About Phone page of the phone reveals that the phone has a MediaTek Helio G99 SoC under the hood. The octa-core SoC is paired with 8GB of RAM. The device will also support virtual RAM of up to 4GB via the phone’s internal storage. There will be up to 256GB of internal storage.

In addition to the above details, the report also revealed the camera specifications of the Reno 8T 4G. The device will come with a 32MP front camera, which will be located inside the hole-punch cutout at the top left corner. There will be a triple-camera setup on the back. The phone will have a 100MP primary camera sensor. It will be accompanied by two 2MP sensors, which will be used for macro photography and depth sensing. 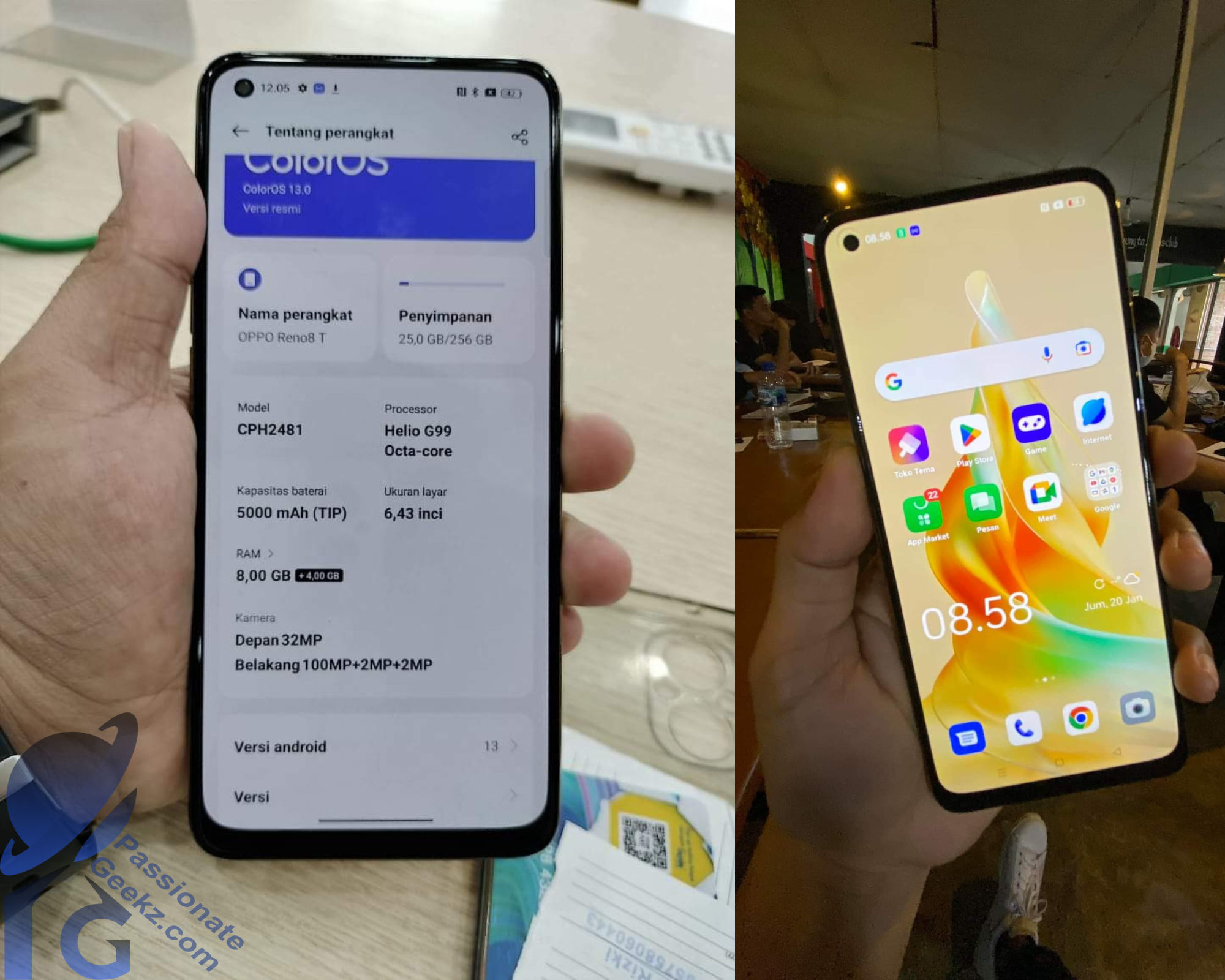 The Reno 8T 4G will be launched with a 5000mAh battery. It will also boot on the latest Android 13 out of the box. As expected from an OPPO phone, the Reno 8T will have a layer of ColorOS 13.1 on top of Android.

Other details of the Reno 8T 4G have leaked in the past. The device will launch in two colours — Black and Orange. The latter seems to have a faux leather-like finish on the back. The device has two circular cutouts on the back for the triple-camera setup.

As per the leaked details, the upcoming OPPO Reno series phone will feature a 6.67-inch OLED display with 120Hz refresh rate support. There will be support for 67W fast charging out of the box. Other details about the phone are under wraps. Looking at the number of leaks, we can expect the phone to launch very soon in India and other markets.

OPPO is yet to confirm the official launch date of the Reno 8T series. We will share more details as and when available.