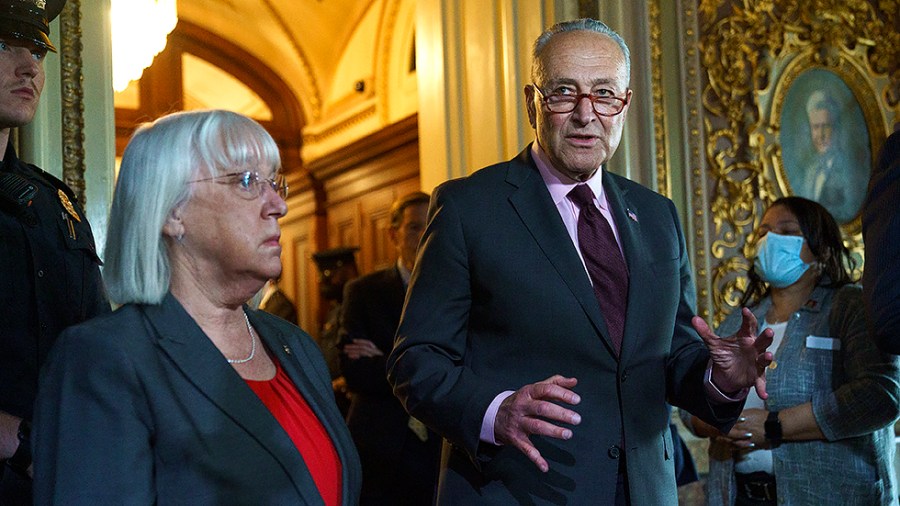 Senate Majority Leader Charles Schumer (D-N.Y.), Sen. Patty Murray (D-Wash.) and others in the Democratic Senate caucus are speaking at a press event marking the 50th anniversary of the now-overturned Roe v. Wade Supreme Court decision, until last year the basis for a nationwide right to abortion.

Murray released an advance statement that offers a synopsis of political actions taken since the Supreme Court decided in June that there is no constitutional right to abortion, leaving the matter to be decided by state governments. Murray notes that although many legislatures quickly moved to ban abortion, public opinion remains opposed to a ban on all abortions.

The Democrats’ goal in the Senate, Murray states, is not only to stop any universal national abortion ban the House might pass but also to restore Roe.

Watch the live video above.