Leaked: The Moto G13 Will Have Similar Specs to the G23

Motorola is coming out with new midrange and entry-level smartphones, and we have some leaked details already. We have previously seen the Moto G53 and G73 as well as the G23. As far as the Moto G13 and the E13 are concerned, we have already seen images. What we did not have was the specifications.

Differences Between the Moto G13 and the G23

In the camera for example, the G13 will feature a 2MP depth sensor while the G23 features a 5MP ultrawide sensor. Also, the G13 will make use of an 8MP selfie camera while the G23 doubles that to 16MP. Even though both will come with a 5,000mAh battery, the G13 will use a 20W Fast charger as compared to the 30W in the G23.


Similarities Between the Moto G13 and G23

These are the main differences in specs for both phones. On the other hand, there are some similarities in other areas as well as specs is concerned. Both phones will feature the same screen size of 6.5-inches. Both screens will also be IPS-LCD displays with 90Hz refresh rates and a resolution of 720 x 1,600px. The display will also have Panda Glass protection. Another similar spec worth discussing is the main camera which is 50MP lens. 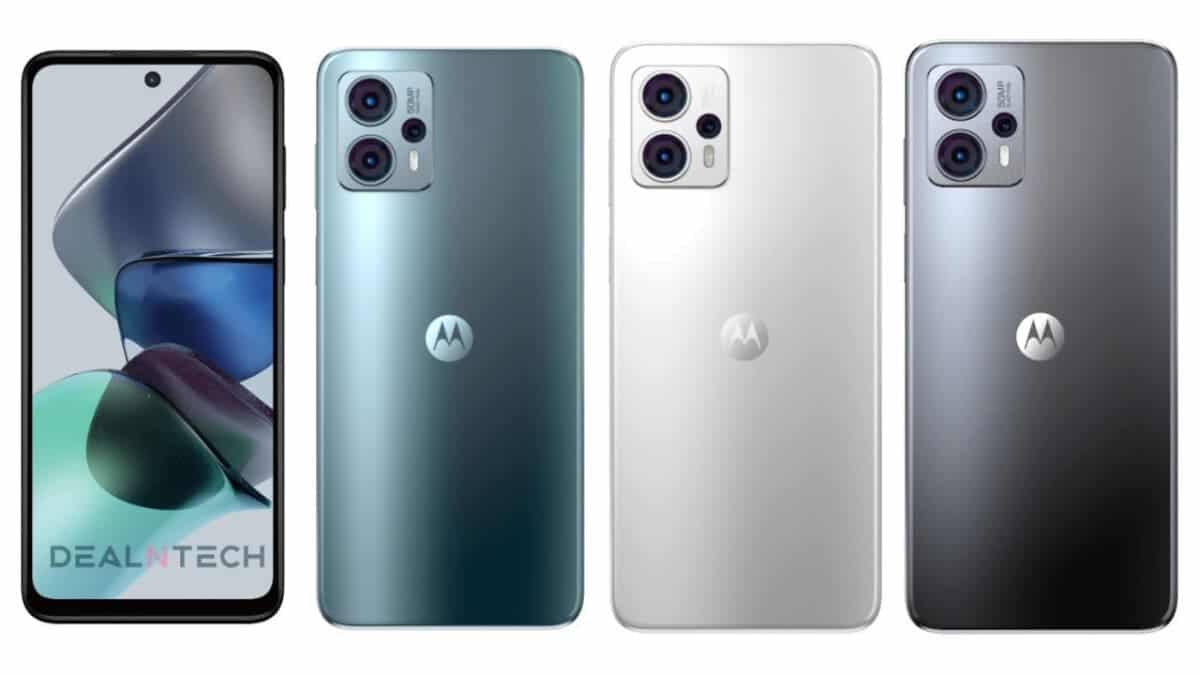 In terms of chipsets, we will see MediaTek’s Helio G85 chip powering both smartphones. One thing we don’t seem to get hold of is the memory configurations. But rumors claim that the G23 will come with 4GB RAM and 128GB of internal storage. Other details include USB-C port, stereo speakers, 3.5 jack and IP52 rating.