In recent news, popular cartoonist Roger Mahoney died. He was 89 at the time of his passing. His death news has spread all over the internet and has brought everyone’s attention. People who admired him for his work are coming forward and are paying him heartfelt tributes while extending their deepest condolences to his family. Let us find out what happened to him and how did he die in the article below. Read the whole article and get all the latest details about Roger Mahoney. 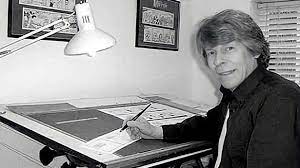 How Did Roger Mahoney Die?

Who Was Roger Mahoney?

The former professional musician, whose extraordinary talent propelled him to comic strip prominence, was honored by his fellow artists. In 1933, Roger was born in Portsmouth. After that, he attended an art school. After then, Roger Mahoney created cartoons for English-language newspapers. He started drawing cartoons for customers while playing drums in local bands. He created the comic strip that went along with the program and got to know Jim Henson, the man behind the Muppets.

Roger is survived by his wife Myra, daughter Sandra, and sons Julian, Russell, and Terry. He was a nice man, Sandra went on to say. Ten days prior to his passing, he was still painting. Mahoney also collaborated with Jim Henson on a Muppets animation adaptation and assisted in bringing back the Daily Mirror’s “Jane” comic strip by Norman Pett. Barry Appleby, who created the Daily Express comic strip “The Gambols” with his wife Dobs, received several of Mahoney’s illustrations in 1954.

Barry gave him encouragement to keep going, and they later become close. In 1997, Roger produced Mandy Capp for the Mirror and The Gambols, among other newspaper cartoons. He assumed control of Andy Capp in 2000. The scripts Roger Kettle wrote made the transition easy. When Kettle resigned in 2010, Lawrence Goldsmith and Co. started producing writing. At the age of 87, Roger published his final strip on November 14, 2020. He did, however, keep working on The Gambols right up until he passed away.