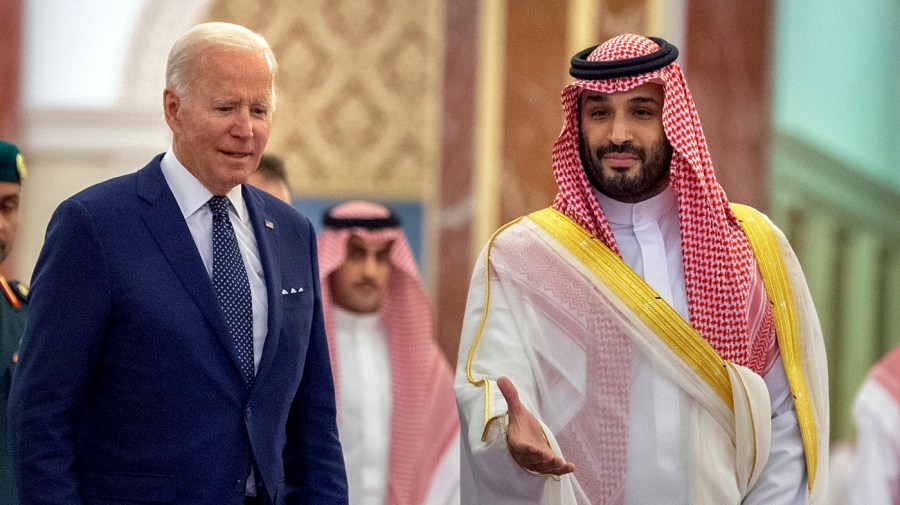 On Thursday, the Biden administration decreed that Saudi Arabian Crown Prince and Prime Minister Mohammed bin Salman was immune from a pending civil suit for damages in federal court under the Torture Victim Protection Act for allegedly ordering the grisly assassination of journalist Jamal Khashoggi. That shocking decree should be a wake-up call to Congress to amend the act to cure its unconstitutional crippling by the executive and judicial branches.

The statute was enacted in 1992 to make the United States a “shining city on a hill” in defense of human rights. It creates a civil damages remedy in United States courts against individuals for the universal human rights crimes of extrajudicial killings or torture under the color of foreign law. The United States Court of Appeals for the Second Circuit explained in Filartiga v. Pena-Irala: “For purposes of civil liability, the torturer has become like the pirate and slave trader before him hostis humani generis, an enemy of all mankind.”

The Torture Victim Protection Act text leaves no room for smuggling in immunities for heads of state or otherwise. It reaches any “individual” acting under the color of foreign law. The prime target of the act is heads of state. They are uniquely endowed with the power to perpetuate industrial-scale torture or massacres.

The executive branch and the federal judiciary, however, have taken a wrecking ball to the act by concocting a sitting head of state immunity to enable the president to crucify human rights on a cross of national security foreign policy. The extralegal process is exemplified by the administration’s suggestion that bin Salman is immune from suit under the Torture Victim Protection Act as head of state for murdering Khashoggi — even though the crown prince was not yet prime minister when he allegedly ordered the assassination. The CIA concluded with “high confidence” that bin Salman ordered the assassination of Khashoggi.

The administration’s suggestion of immunity nowhere references the Torture Victim Protection Act text or congressional intent, the customary touchstones of statutory construction. Instead, it argues that common law immunity articulated by the executive branch through the president’s constitutional authority over foreign affairs compels the federal judiciary to dismiss the civil suit against bin Salman.

Moreover, to deny heads of state immunity in civil litigation related to the act would be no anomaly. Heads of state can be criminally prosecuted for torture or extrajudicial killings under the United Nations Convention Against Torture and the Rome Statute of the International Criminal Court. Congress should repudiate the ill-conceived interpretations of the act with an amendment that makes explicit what was clearly intended three decades ago: There is no head of state immunity from Torture Victim Protection Act suits.

Concurrently, Congress should fix a companion sand trap in the act’s litigation, i.e., the personal jurisdiction of the defendants. At present, courts have ignored the legal principle that torture and extrajudicial killings are universal crimes that, wherever physically perpetrated, are also constructively committed in every jurisdiction of the world and fall under laws of universal jurisdiction.

Instead of recognizing that principle, courts have insisted that a TVPA defendant exhibit concrete contacts with the United States, a ludicrous requirement because the act only applies to torture or extrajudicial killings that occur under the color of foreign law in foreign countries. Congress should amend the act to stipulate that personal jurisdiction automatically attaches to TVPA defendants allegedly complicit in torture or extrajudicial killings under the color of foreign law.

Actually, it’s good to be woke

Planes, trains and automobiles: Will the public infrastructure law be a game-changer?

Contrary to fanciful judicial nightmares, such an extension of personal jurisdiction will not overwhelm federal courts with TVPA litigation. Practitioners in the field know that, overwhelmingly, most TVPA violations will never be litigated for multiple reasons. First, plaintiffs fear retaliation against their property or families in the foreign country that is complicit in the universal crimes. Second, there is difficulty assembling admissible evidence from a hostile foreign jurisdiction. Third, there is great foreign ignorance of the TVPA and legal processes in the United States and, finally, the steep costs of litigation and practical barriers to collecting damages from a judgment are additional deterrents.

Regardless, with these suggested amendments, Congress and the United States can write a bright chapter in the history of human rights.

Bruce Fein was associate deputy attorney general under President Ronald Reagan. He is a lawyer specializing in constitutional and international law.