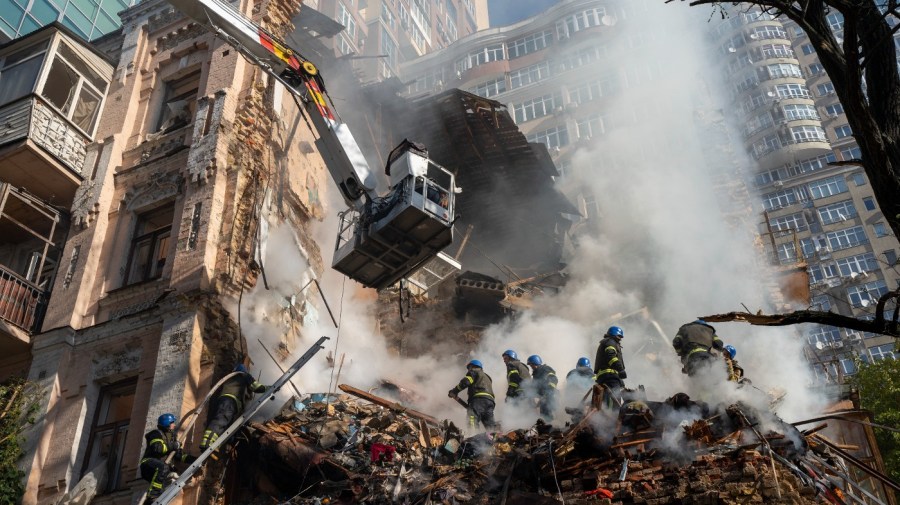 Iran and Russia have finalized an agreement to build hundreds of weaponized drones in Russian territory as the war in Ukraine approaches the nine-month mark, according to The Washington Post.

... reported on Saturday that Russian and Iranian officials reached the deal earlier this month and the countries are transferring designs and components of the drones to allow production to start potentially within months, based on interviews with three officials familiar with the matter.

Iran is officially neutral in the conflict between Russia and Ukraine but has faced international criticism after intelligence reports revealed that Russia has been using Iranian-made drones to attack Ukrainian military and civilian targets.

Tehran initially denied the reports but admitted earlier in November that it gave a “limited” number of drones to Russia, saying that it did so before the war began and it does not know how they were being used.

The officials told ... that Russia could significantly increase its stockpile of weapons through the deal by acquiring its own assembly line to make the drones, as production would occur in Russia.

Multiple members of NATO, including the United States, have reviewed intelligence on the agreement, ... reported.

Moscow has sent more than 400 drones to Ukraine, often to strike civilian infrastructure, since August, according to the outlet, which cited intelligence officials.

Russia sent a barrage of missiles to a variety of targets throughout Ukraine earlier this week, primarily targeting the country’s electrical infrastructure, after Russian forces withdrew from the city of Kherson, the only regional capital they had captured since their full-scale invasion began in February.

Through the agreement, Russia would receive necessary supplies and Iran would receive economic and political benefits as it increases its ties to Russia, the officials told ....

The officials told the outlet that Iran may be hoping to avoid additional sanctions with the drones being assembled in Russia as opposed to being sent there.

After seizing parts of eastern and southern Ukraine, Russia has struggled to make gains in what Russian President Vladimir Putin apparently hoped would be a quick invasion. Ukraine has retaken thousands of square kilometers of territory from Russia as part of a counteroffensive it began two months ago.

Ye to no longer buy Parler

Ye to no longer buy Parler