Hello, all the music lovers, finally the weekend is here along with the fresh broadcasting of your favorite singing-reality show “Indian Idol 13”, as the Saturday, 19th February 2022 episode is bringing plenty of overwhelming performances. As the makers are organizing the “India Ki Farmaish” special episode where Sanchet and Prampara will also become the witness of the precious night. Yes, you heard right, they are also coming as special guests to celebrate the episode, and you can imagine how would the episode be overwhelming. Below you can explore everything you need to know along with some unknown facts. 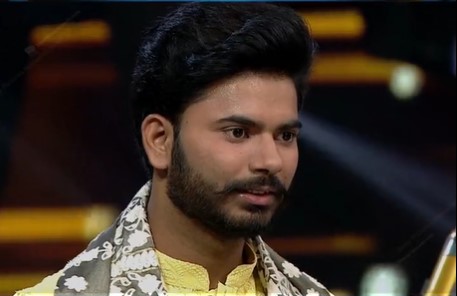 The recent episode begins where the makers are inviting uncounted guests from all the corners of India as they are coming to become witnesses of great performances. Along with the music personalities, the makers are inviting Jaideep Ahlawat and Ayushmaan Khurana as well. In short, plenty of guests are coming to commemorate the event, judges and the contestants welcome them in a certain manner that makes them feel over the top, and they also feel amazed to receive such a warm greet as they were not expecting this. But they are happy to be part of the show as Indian Idol is a great platform to find amazing singers.

Meanwhile, Rishi Singh comes on the stage and executes his overwhelming performance while setting the fire as he sings the “Paani Da Rang Dekh Ke” song, and the way he catches the low and high notes look amazing enough.

As without showing even a single flaw, he executes the performance and forces Ayushmaan Khurana to come on the stage as he does not stop himself and gives him a compliment that after him if someone is here, who can sing the songs for him so he is a Rishi Singh, as he has the same grace like him.

Even, the makers have dropped the exclusive promos officially on the Sony Television Twitter handle, through which, you can get a glimpse of those activities which will take place in the show along with the performances. Because till now, still, a few hours are pending in the broadcasting and you will have to be patient a bit as long as the broadcasting took place. But if you want to get the episode earlier than the Television so you can stream it on the Sony Liv app. So do not miss watching the show on Sony TV and for more details stay tuned with us, do follow Social Telecast.