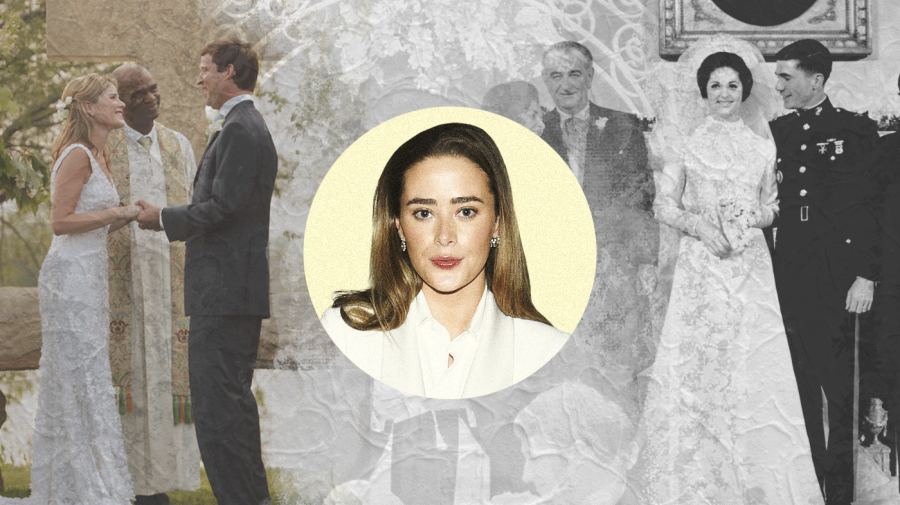 Wedding bells are set to ring at the White House, as Washington readies for one of its highest-profile — yet hush-hush — marriage ceremonies.

Naomi Biden, the eldest granddaughter of President Biden and Jill Biden, is poised to take the plunge with fiance Peter Neal on Saturday.

The wedding — the first ever held on the South Lawn — marks a rare occasion at the White House.

“They’re not the most common event,” White House Historical Association historian Lina Mann told ITK. “I mean, only 18 in our 200 plus years of history.”

But beyond the date and South Lawn location, nearly every other “I do” detail of Naomi Biden’s big day has been shrouded in secrecy. Keeping nuptials under wraps has historically been how the White House has handled couples tying the knot there.

“Most of the weddings, at least in the early part of the 19th century, those are much more private, smaller family affairs. So typically, you see presidents’ family members getting married,” said Mann. “It’s not really until the latter half of the 19th century and in the 20th century that you see a lot of buzz and national attention being brought to these White House weddings.”

The match made in political heaven was already “pretty high-profile,” according to Mann.

“Teddy Roosevelt is a larger-than-life historical figure. So of course, people are very interested in him and his family — and her particular wedding.”

The shindig was considered a “really big deal,” Mann said.

“She was a celebrity in her own right, and so it was very highly covered. And everybody wanted all the details for that one.”

While Naomi Biden — the daughter of Hunter Biden and his ex-wife, Kathleen — briefly gushed on social media about her wedding, writing in a Twitter post in July that she “couldn’t be more excited” to get married on the South Lawn, there has been decidedly minimal buzz about the event.

That makes sense to Mann, who noted that Biden’s grandchildren “aren’t as much in the public attention as … say, the Johnson family.”

“Lynda and Luci Johnson lived at the White House at various points, and were very present in life, so when they got married that was a big deal. And everybody knew them,” Mann said. Former President Lyndon Johnson’s younger daughter, Luci, held her reception at the White House in 1966, while her older sister, Lynda Bird Johnson, married Capt. Charles Robb in the East Room in 1967.

A wedding reception at the White House for a first family member hasn’t been held in more than a decade — in 2008, Jenna Bush, daughter of then-President George W. Bush, hosted her bash with Henry Hager at the executive mansion following a Texas ceremony.

The last wedding to take place at 1600 Pennsylvania Ave. was in 2013, when then-official White House photographer Pete Souza got married in the Rose Garden as President Obama looked on.

During the Trump administration in 2017, then-White House official Omarosa Manigault Newman made headlines for hosting a photo shoot for her wedding at the White House along with nearly 40 of her bridal party guests.

The ins and outs of Naomi Biden’s ceremony and reception will reportedly be handled by Bryan Rafanelli, who runs a New York and Boston-based events firm and designed Chelsea Clinton’s 2010 wedding to Marc Mezvinsky.

Posting on Instagram in September to her more than 160,000 followers, Naomi Biden — who along with Neal are both law school graduates — shared a short clip of what her first dance with her soon-to-be spouse might look like.

Attempting to perform a twirl with Neal outside the White House, the 28-year-old captioned the video, “Practice makes (perfect?)”

The wedding is set to take place a day before President Biden’s 80th birthday, a milestone that highlights his position as the oldest president in U.S. history.

While there will be no access for the media at the Saturday wedding, White House press secretary Karine Jean-Pierre said Friday that photos and a statement from the president would be released following the ceremony. After the late morning vows, the wedding party will head to a luncheon and then guests will join an evening reception.

Jean-Pierre stressed the emphasis on privacy at the exclusive affair, saying of the engaged couple, “It is their decision.”

“The president and the first lady are going to be able to participate in their first grandchild’s wedding,” she said.

“But here’s the thing and here’s the reality,” she added, “the wedding of Naomi Biden and Peter is a private one. It’s a family event and Naomi and Peter have asked that their wedding be closed to the media, and we are respecting their wishes.”

In an interview last month, first lady Jill Biden opened up — ever so slightly — about the family’s plans for Saturday.

“I think that’s one of the most special relationships that I have in my life, is to be a nana,” the first lady said in an interview on Kelly Clarkson’s daytime talk show. “It’s just so special to watch — her name is Naomi — to see her really planning her wedding, making her choices, just coming into her own.”

“And she’s just so beautiful,” the first lady said. “So I can’t wait until all of you see her as a bride.”