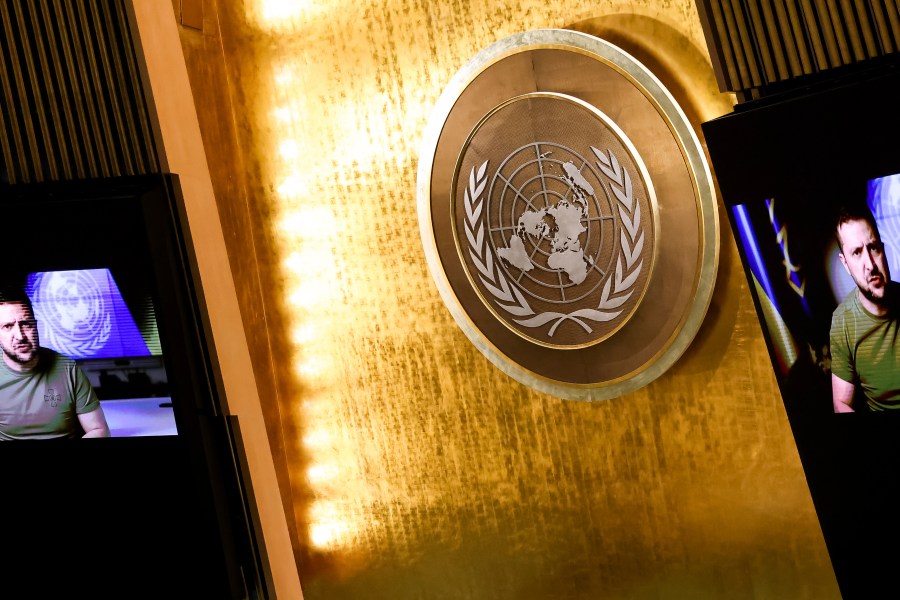 “I officially invited IAEA to urgently send experts to peaceful facilities in Ukraine which Russia deceitfully claims to be developing a dirty bomb. [The IAEA] agreed. Unlike Russia, Ukraine has always been and remains transparent. We have nothing to hide,” said Ukraine’s Foreign Minister Dmytro Kuleba on Twitter Tuesday.

“IAEA experts are expected to arrive shortly and prove Ukraine has neither any dirty bombs nor plans to develop them. Good cooperation with IAEA and partners allows us to foil Russia’s ‘dirty bomb’ disinfo campaign,” Kuleba added in a Wednesday update.

Russian Defense Minister Sergei Shoigu on Sunday called his counterparts in the U.S., the U.K., France and Turkey to put forward claims that Ukraine was preparing a radioactive weapon. The allegations caused international officials concern that Russia was hoping to sow a pretext for its own escalation.

The Russian ambassador to the U.N. Vassily Nebenzia said Monday that Moscow would interpret any “dirty bomb” attack from Ukraine as “an act of nuclear terrorism” and has asked the U.N. Security Council to discuss the claims.

According to a Tuesday update from the State Nuclear Regulatory Inspectorate of Ukraine, the IAEA is invited to Ukraine’s Institute of Nuclear Research, at the National Academy of Sciences in Kyiv, and the Eastern Mining and Processing Plant in the Dnipropetrovsk region.

The U.N. nuclear watchdog has already made a trip to Ukraine to evaluate the Zaporizhzhia nuclear power plant, the largest in Europe, as the ongoing war jeopardizes its operations.

Fighting near the plant as well as Russian President Putin’s threats to use nuclear weapons have exacerbated international concern over radiation or nuclear emergency.

Shoigu’s claims came as Russia battered Ukraine with a recent bout of strikes, appearing to take aim at the country’s energy grid.