Trump told Woodward he had 'chemistry' with North Korea's Kim 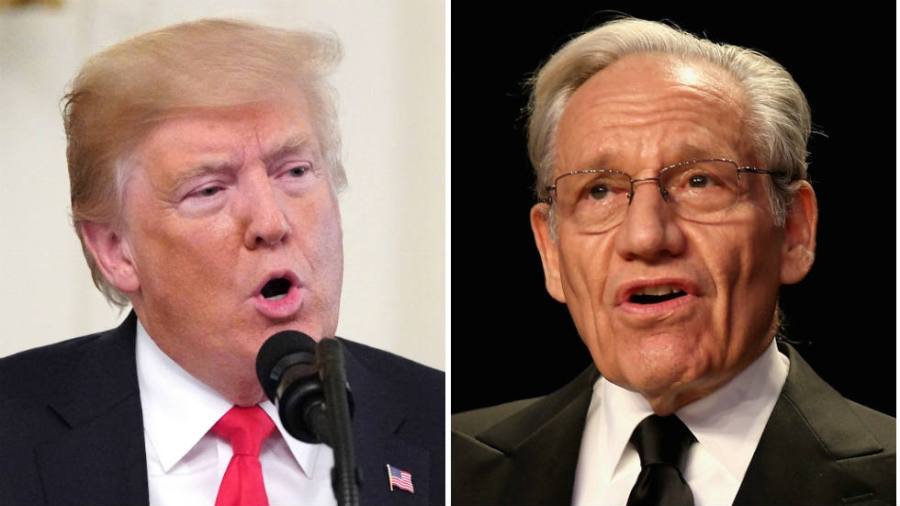 In the clip, Trump tells Woodward, “I’m the only one he deals with,” in reference to Kim.

“The word chemistry. You meet somebody and you have a good chemistry,” Trump added about the North Korean leader. “You meet a woman. In one second, you know whether or not it’s all going to happen.”

Woodward had asked Trump about his relationship with Kim and told the former president that the CIA thinks he’s “ultimately stupid” —to which Trump answered the North Korean leader was “cunning” and “crafty.”

During his presidency, Trump met personally with Kim and pushed for peace talks between the U.S., North Korea and South Korea.

Trump also reportedly exchanged what he called “love letters” with the North Korean leader, who has ramped up his aggression against the U.S. and test fired a record spate of ballistic missiles this year.

The new clip was aired on CNN on Monday to promote Woodward’s new audiobook, “The Trump Tapes: Bob Woodward’s Twenty Interviews with President Donald Trump,” which was released on Tuesday.

The clip can also be heard in Woodward’s op-ed published in The Washington Post, in which he argues the audiobook is integral to understanding the former president, who he calls a threat to democracy.

The audiobook includes the full audio of Woodward’s 20 one-on-one interviews with the former president, which he conducted before the release of his 2020 book “Rage.” It includes key discussions around the coronavirus pandemic and other issues toward the end of his presidency.