Trump, children may be called to testify in company's fraud trial, judge says 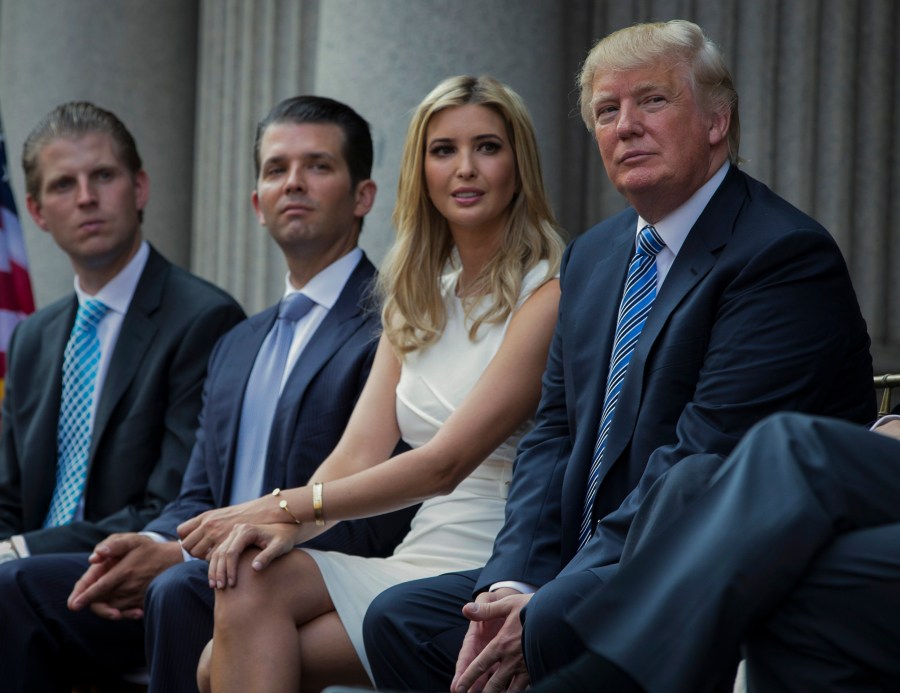 Former President Trump and his adult children may be called to testify in the Trump Organization’s fraud trial in New York, the presiding judge said on Monday, according to multiple outlets.

The company was indicted in July 2021 for allegedly compensating its executives through high-end perks to evade taxes. The former president himself is not charged in the case.

White House ups ‘Made in America’ requirements for federal procurements

The Trump Organization’s former Chief Financial Officer Allen Weisselberg is set to testify in the trial as part of plea deal announced in August. Weisselberg faces a five-month jail sentence given that he provides “truthful testimony” in the trial. He must also repay nearly $2 million to tax authorities.

Trump turned to his social media platform Truth Social on Monday to decry the trial as part of a “Democrat Witch Hunt” and suggested that the timing — just two weeks before the midterm elections — was politically motivated.

The Trump Organization’s criminal fraud trial is separate from a civil lawsuit brought against the former president and his three adult children last month. New York Attorney General Letitia James (D) announced in late September that her office was suing the members of the Trump family for allegedly manipulating property values to enrich themselves.