Top 10 Richest Musicians in Japan And Their Net Worth

Japan is a country rich in vast culture; music, art, cuisine, entertainment, and many more the country is the second richest in the Asian gulf after China and it has produced some of the finest people the world has ever seen like the richest Japanese musicians on this list or richest musicians in Japan.

The richest musicians in Japan have influenced the cultural sphere of modern Japan and also their influence and contribution to western culture and music cannot be left out. In the continent of Asia, the richest Japanese musicians are among those reshaping the region and taking the music to the world to hear.

Below is the table of the richest musicians in Japan or the richest Japanese musicians, with the name of each singer/musician and their net worth;

Yoko Ono is the richest musician in Japan with a massive net worth of $700 million dollars, she is also one the most famous person and celebrities in Japan. Ono was born and raised in Tokyo before relocating to New York City in 1953. Early in the 1960s, she got involved in the Fluxus group and other downtown New York City artists’ scenes. She rose to prominence in 1969 when she wed English musician John Lennon of the Beatles.

In 1969, Ono started a career in contemporary music. She and Lennon founded the Plastic Ono Band, and in the 1970s, they released a number of albums of avant-garde music. Yoko won the Grammy Award for Album of the Year in 1980 with the number-one album Double Fantasy.

She currently has twelve number-one singles on the US Dance charts, and Billboard magazine ranked her as the 11th-most successful dance club artist of all time in 2016. She is the first on this list of richest musicians in Japan.

Read More: Top 10 Richest Musicians in Dubai and Their Net Worth 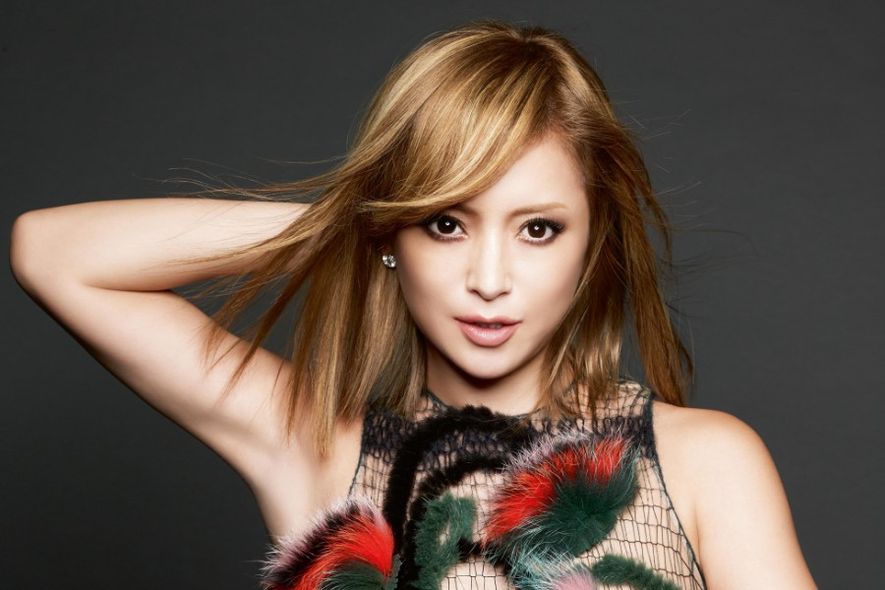 Ayumi Hamasaki is a Japanese singer, actress, songwriter, record producer, model, publicist, and businesswoman. She has written all of her lyrical content throughout her career and has occasionally composed her own music.

Ayumi is one of the famous celebrities in Japan not only locally, but she is also well-known in international realm. As of 2019, Hamasaki was the best-selling Japanese solo artist in history with over 60.94 million units sold. Meanwhile, for her singles, Hamasaki holds a number of domestic records, including the most number-one hits by a female artist (38), the most consecutive number-one hits by a solo artist (25), and the most million-selling singles.

Additionally, Hamasaki had at least two singles that reached the top of the charts every year from 1999 to 2010. Hamasaki is the first female recording artist to have ten studio albums chart at No. 1 on the Oricon since her debut, and she is also the first person to have a No. 1 album for 13 years straight since her debut, she is one of the richest musicians in Japan with a net worth totaling $70 million dollars. 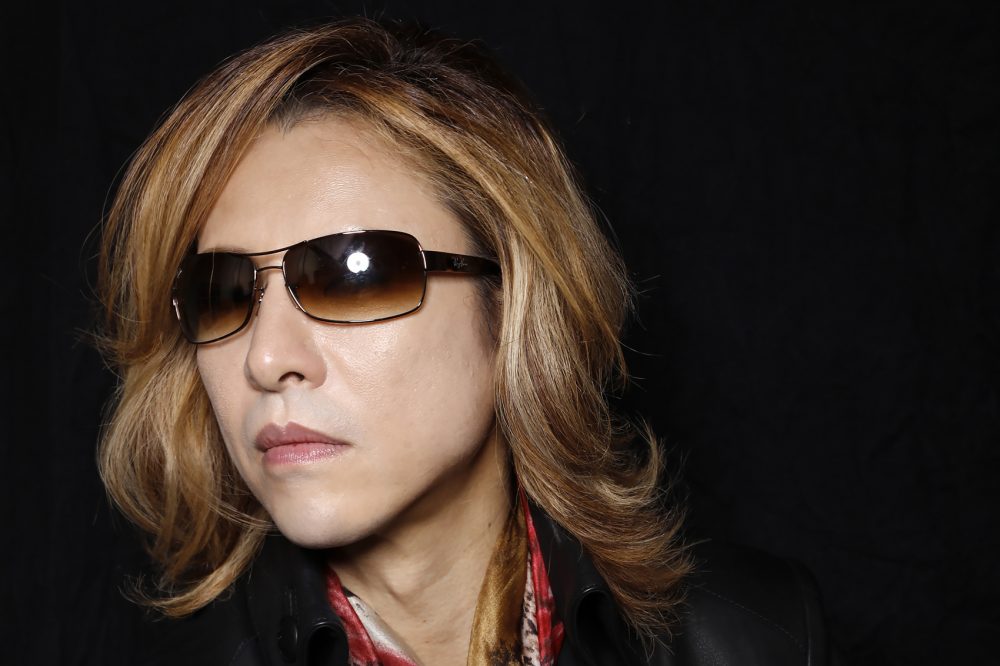 Yoshiki is the third richest musician in Japan, he is a musician, songwriter, record producer, and composer. He is best known for being the founder and band leader of the visual kei rock group X Japan, for which he also serves as drummer, pianist, and primary songwriter.

Billboard has referred to him as a “musical innovator,” and Consequence of Sound has cited him as “one of the most influential composers in Japanese history.” Yoshiki made the bulk of his wealth from his career earnings as a musician.

Yoshiki also composed the theme for the 69th Golden Globe Awards and he is also the richest drummer in Japan, with a net worth like his, it is an easy walk to be listed as one of the top richest Japanese musicians.

Read Also: Top 10 Richest Musicians in the World and Their Net Worth (2022) 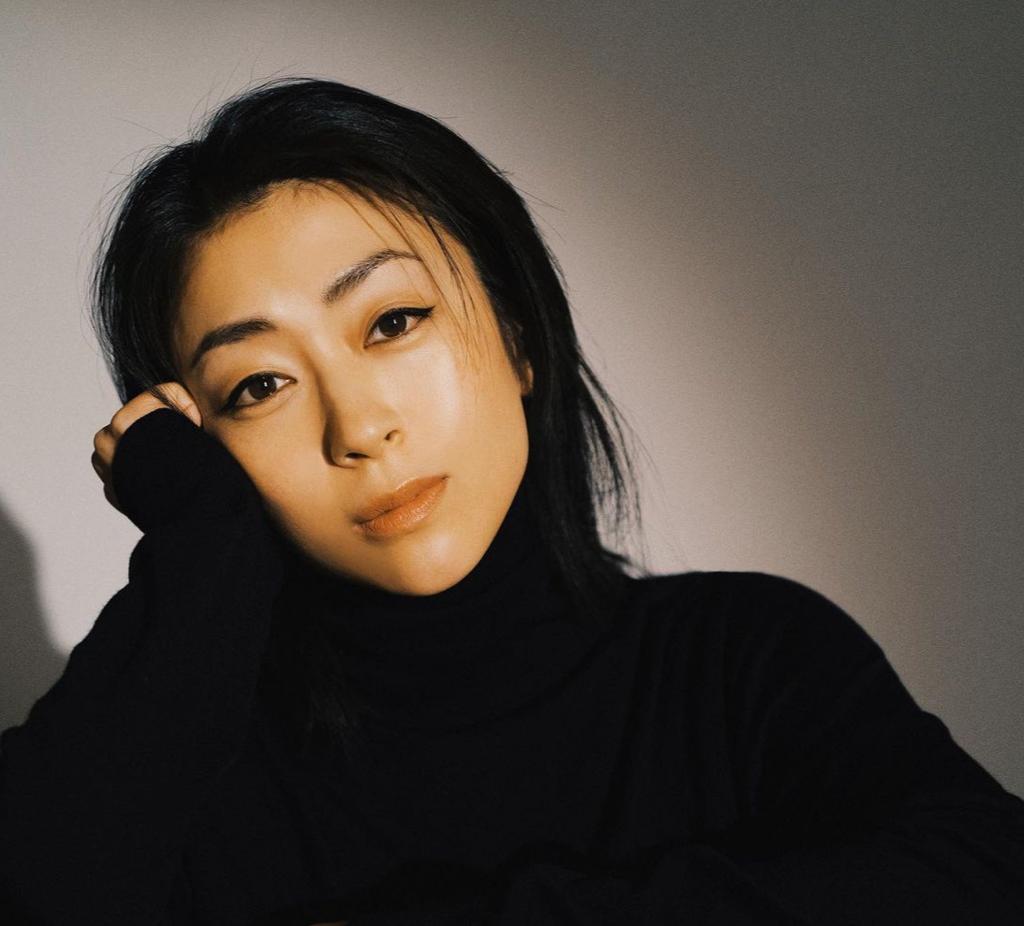 Hikaru Utada widely known as Utada is she is a pop singer, songwriter, and producer.  Utada was one of Japan’s most popular and influential musicians by 2010, she needs no introduction as she is well known among varying age groups.

Although, since her debut, Utada has been having more success than failures non can be compared to the success she gained in 2001, with the release of her Distance album. It produced her biggest hit singles, “Addicted to You,” “Wait & See (Risk),” and “Can You Keep a Secret,” all of which sold millions of copies. It isn’t a surprise she is on this list of richest musicians in Japan but also among the first five richest Japanese musicians.

In addition, three million copies of the album were sold in Japan during the first week it was available, making it the fastest-selling album there at the time. The album was commercially successful and broke several sales records. With the help of hit singles like “Traveling,” “Hikari,” and “Sakura Drops,” Deep River, a pop-folk album that was released in 2002, went on to become one of Japan’s best-selling albums of all time. Like Ayumi, Natsumi Abe is a multitalented person, she is a singer as well as an actress and a dancer. Natsumi came into the limelight on August 13th, 2003 when she released her debut single Just a few days after turning 22, “22 Sai no Watashi,” which translates to “Me, 22 years old,”.

In her career as a singer, she has released a total of four albums with numerous tracks and music asides from her work as a dancer, model, and actress. She has enjoyed fame as she is the idol of many young women, an inspiration to them to pursue their dreams and never to relent in what they believe in. With a total net worth of $30 million dollars which the bulk is gotten from her career as a singer makes her the fifth richest musician in Japan. Coming to the sixth person on this list of richest musicians in Japan is Asami Abe with a net worth totaling a whopping $20 million dollars.

Asami Abe is a former Japanese singer and actress, as well as the younger sister of Natsumi Abe, another Japanese singer, and actress. She began her career acting in TV commercials for the Nintendo Puzzle Collection, and she has since made several TV drama appearances.

Abe entered the music industry in 2003, following in her sister’s footsteps, and has had some success. “Riy,” her first single, was released in June of that year. She has so far released six singles, one novel, two complete albums, and three photobooks, and has also appeared in three films and two TV dramas.

Abe and his older sister Natsumi starred as the lead characters in a Japanese television drama about the 1960s Japanese female pop group The Peanuts 2006. 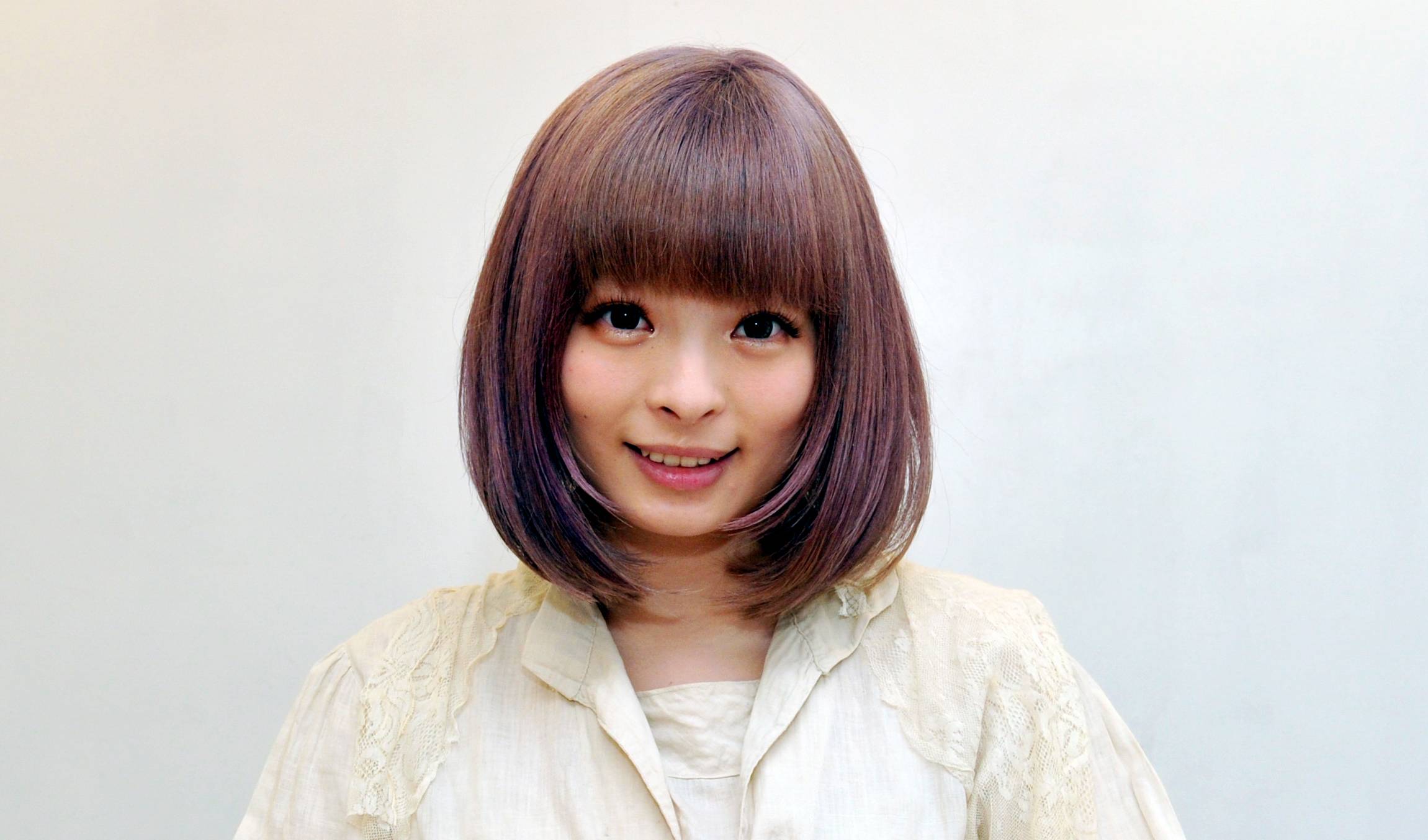 Kiriko Takemura is a tarento player, singer, and model from Japan. She is widely known as Kyary Pamyu Pamyu as her reputation is linked to the Tokyo neighborhood of Harajuku and the kawaii and decora cultures of Japan. Producing Kyary’s music is musician Yasutaka Nakata of the electronic duo Capsule.

Despite having had the majority of her success as a recording artist in Asia, she has also become more well-known in Western nations, thanks in part to internet videos that have become wildly popular. In this list, she takes the spot as the seventh richest musician in Japan. 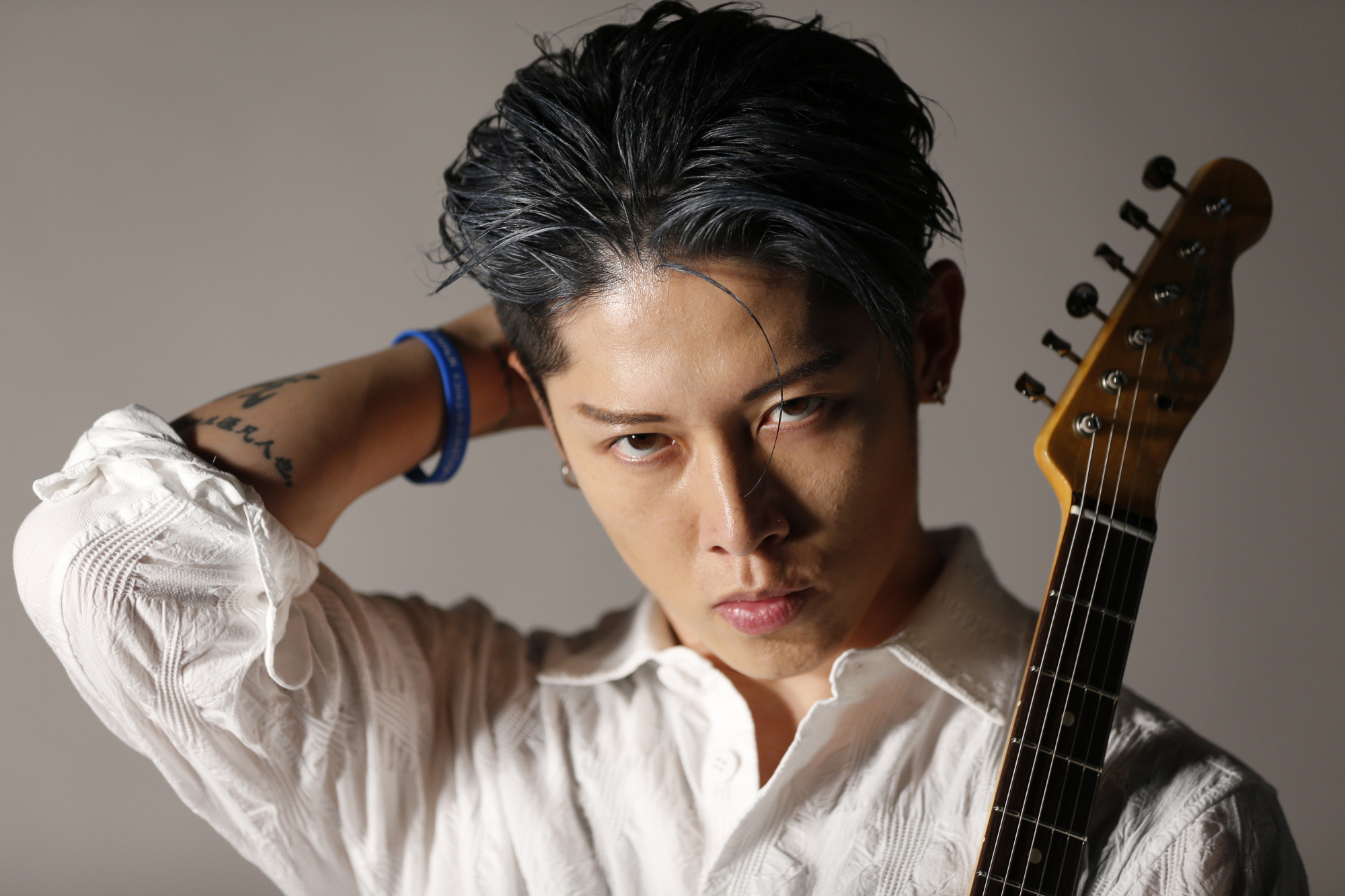 The eighth richest musician in Japan is Miyavi as he is widely known, he is none of the, well, most popular figures in Japan and he also gained international recognition as a musician. His finger-slapping guitar playing has made him a well-known Japanese guitarist, singer-songwriter, record producer, and actor.

Since 1999, he has been working, first as the guitarist for the now-defunct visual kei rock band Dué le quartz, and then beginning in 2002 as a solo artist. He joined the rock supergroup S.K.I.N in 2007 and started his own business, J-glam, in 2009. In 2015, he performed in over 250 shows across 30 nations during his numerous international tours. He had 27 singles and ten solo albums as of 2016.

Miyavi made his acting debut in the Angelina Jolie-helmed film Unbroken in 2014 before taking on smaller parts in American productions like Kong: Skull Island and Stray, he is among the richest Japanese musicians of 0ctober 25 2022. 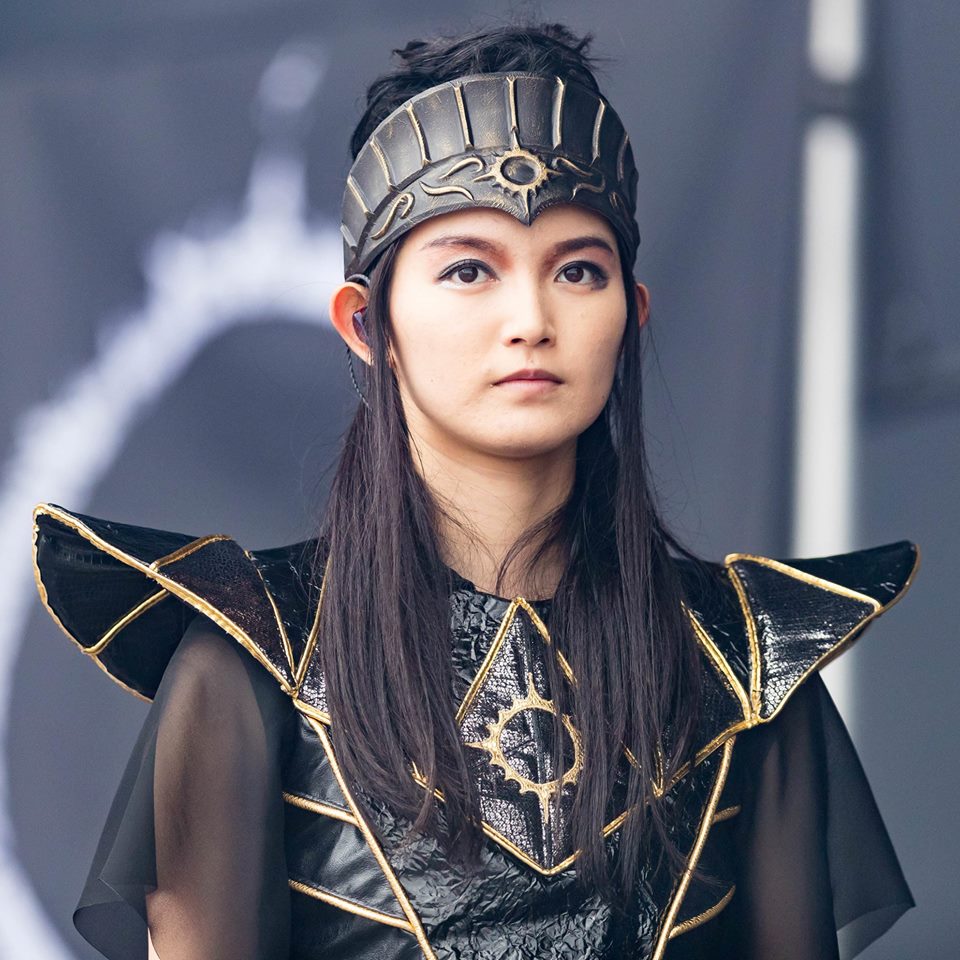 With a net worth of  $5 million dollars, Suzaka takes the ninth spot on this list of the richest musicians in Japan. Suzaka, a Japanese musician, singer, songwriter, and model, is also known by her stage names Suzuka and Su-metal. She is best known for being a member of Babymetal, a kawaii metal band. She has been a part of three musical groups created by the company: Karen Girls, Sakura Gakuin, and Babymetal.

Suzuka has performed songs in various locations since the debut of her career in 2008, she has always performed in a group for almost all her songs, meanwhile, she has also appeared in popular commercials and have also featured in Animes, she has also increased her popularity and added to the nice net worth she has. 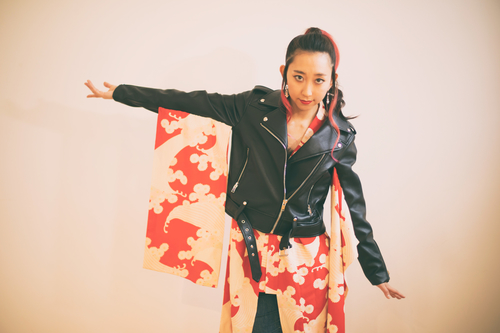 Rie Fu is a Japanese singer-songwriter and musician, she is the last musician to appear on this list of richest Japanese musicians with a net worth totaling $5 million dollars.

When Rie fu learned how to play the guitar in 2002, she was a senior in high school. Soon after, she started writing songs and recording them on a small tape recorder. A record label (Sony) signed her to their Palm Beach label after she sent them a demo tape.

While she was a student at a London university, she had her first single, “Rie who!?” with the song “decay,” released in March 2004. Later on, in the same year, the anime series Bleach chose her song “Life Is Like a Boat” as its opening theme, bringing her widespread fame.

She also self-released her debut full-length album in 2005, and the song “I Wanna Go To A Place” from that album served as the third ending theme for Gundam SEED Destiny and was made available as a single.

Here is a quick rundown of the richest musicians in Japan along with their net worth;