Risking the war we don't want 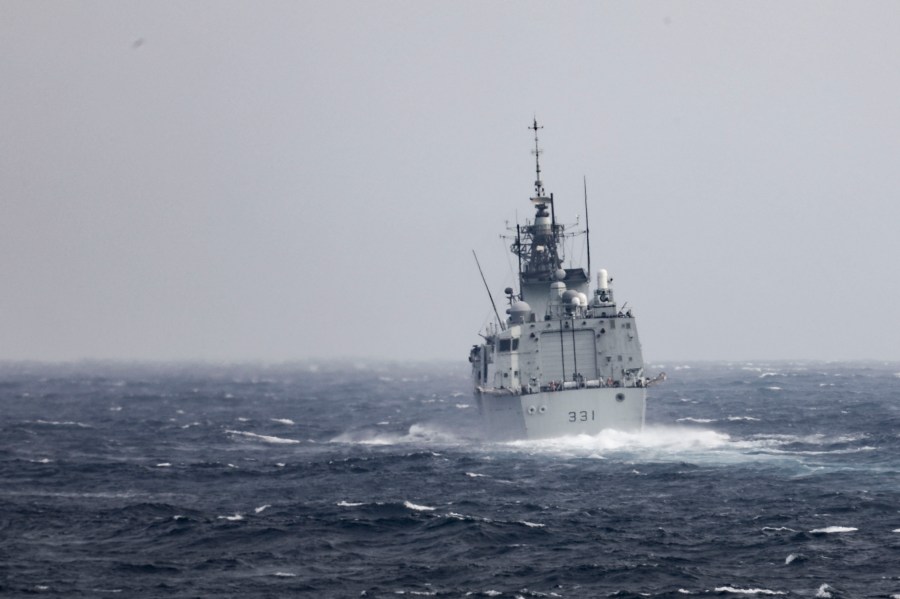 The U.S. Armed Forces are in the throes of what is being billed “generational change” after two decades of conflict in Iraq and Afghanistan. To varying degrees, each of the services has adopted a “divest to invest” business model whereby some capabilities and weapons systems are cut from force structure to develop, acquire and field other capabilities and weapons systems. China’s increasingly assertive moves toward global superpower status are cited as both the reason to change and the justification for certain specialized changes.

Similarly, carefully selected “lessons learned” from Russia’s war in Ukraine are being fitted into narratives to justify divestments of longstanding and much-used capabilities as bill payers for the development of unproven, specialized force structure and concepts.

All is occurring against the backdrop of a debate about the primacy of defense versus offense. Worse, it is increasingly clear that the longstanding U.S.-led and -supported global order is deteriorating and that war may be thrust upon the U.S. and its allies at the very time these multiple service-initiated divestments deprive our elected leaders of the means they need to deter war or to fight to stop aggression and restore order. We call for the services, and especially the naval services, to take a strategic pause from their crippling divestments, engage in an intense reorientation effort, and work to build a credible operational counteroffensive capability.

The services have made much about mid- to long-range precision missiles serving to deter aggression. But deterrence is more than fires; serious professionals understand that deterrence is a highly complex, dynamic and specific phenomena. At the heart of all deterrence are perceptions of will and capability. These perceptions vary greatly over time, from nation to nation and from leader to leader. In this highly charged and variable space that is the province of art more than science, responsible leaders heed the wisdom of historian Barbara Tuchman: “War is the unfolding of miscalculations.”

While accepting that technologically sophisticated and mostly defensive weapons systems have a role in deterrence, recent history and the current strategic situation emphasize that defensive capabilities alone, however impressive, are simply not enough. Aggressors, if faced by defenses only, can develop capabilities to overcome those defenses and must worry only about the costs involved in overcoming those defenses. They can accept that losses incurred in breaching those defenses are simply part of the cost of doing business to conquer new territory. Russia’s 2014 offensive in Ukraine is but one example of Vladimir Putin’s willingness to pay a price to gain territory. One can certainly argue that the perceived lack of a decisive counteroffensive may have been part of his calculation in determining to attack Ukraine in 2022. Conversely, Ukraine’s currently credible counteroffensive may give other potential aggressors pause.

With this background, we now turn to deterring Chinese aggression in the Indo-Pacific. As we have noted, much of our defense establishment is in the throes of “divest to invest.” The mostly unstated assumption seems to be that China (and perhaps North Korea) will not engage in violent aggression until our defense establishment has developed and fielded new capabilities and replenished its much-depleted stocks of ammunition, missiles and repair parts in the quantities required. Worse, years of misguided, prohibitively expensive acquisition programs, complete with significant cost overruns and attendant major end item reductions, have left the U.S. military a brittle and fragile force. It simply lacks the resilience and capabilities to engage in prolonged combat.

The timing for “divest to invest” could hardly be worse. It signals to our adversaries that we do not have the will to maintain a credible force while investing in future capabilities. Most seriously, the ongoing degradations in numbers and types of units and weapons systems greatly limit the capability of the U.S. to lead a counteroffensive. Realists accept that our adversaries have noticed these shortfalls. In short, we are deceiving only ourselves if we continue to imagine that all the rhetoric, narratives and technology demonstrations about new and soon-to-be-fielded, high-tech, defensive capabilities constitute effective deterrence.

And so, we come to the crux of the matter: Does the U.S. have the will to build a credible counteroffensive capability in the Indo-Pacific Theater? While this challenge is a joint, national and international problem, given the vast expanses of sea, much of the responsibility for building and maintaining such a capability rests with the naval services. And yet, both the Marine Corps and the Navy are degrading numbers and types of forces.

Taken together, these crippling and highly visible cuts can’t help but communicate to potential adversaries that future U.S. force structure is divesting itself of the capability to conduct counteroffensives, the capability to go beyond defending in the First Island Chain and fight back to reverse enemy aggression. In essence, actual cuts today are undercutting any words, strategy or operational concept about deterring or countering aggression in the future. Further, these cuts significantly increase the risk that adversaries will take advantage of significant, multi-service capability gaps by launching aggressive actions in the near term.

We urge Congress to direct an immediate cessation of “divest to invest,” a careful reorientation on immediate/near-term threats, and the building of a credible counteroffensive capability. Of necessity, such building will entail corrective funding to address military budget shortfalls. Moreover, the urgency resulting from near-term risk means that imaginative leaders in some cases will need to adapt existing force structure to meet a wide range of threats even as they add new force structure to communicate national capability and will. Failing to do so risks war being thrust upon us when we and our allies are least ready.