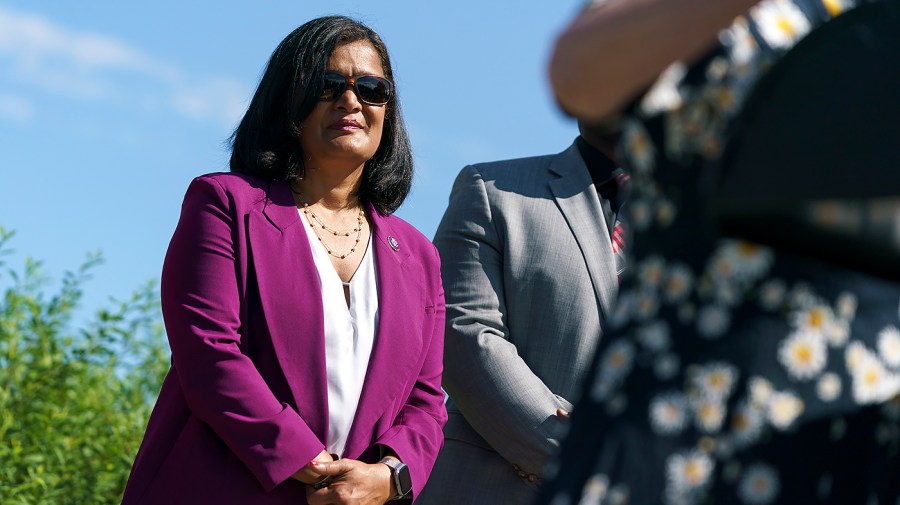 Progressives worked over the summer to get nearly three dozen House Democrats to sign off on a letter that would call into question President Biden’s handling of Ukraine and urge him to engage diplomatically with Russia, according to two sources directly familiar with the negotiations.

At the time, the midterms were on the back burner, according to both sources, who said the group of lawmakers didn’t have Nov. 8 on their minds at all when they crafted their request.

“They waited to get about 30 and released,” one source texted The Hill on Tuesday morning, speaking on the condition of anonymity to discuss sensitive internal negotiations. “Didn’t consider election timing.”

A House aide said the letter was “circulated for signatures” in June. “We aren’t sure why it was released now.”

That’s the question Democrats are now facing, with many wondering about the potential fallout from the move they consider puzzling, worrisome, and in some cases, downright infuriating right before the midterms.

On Monday, many of the House’s top liberals signed on to an official memo written by Congressional Progressive Caucus Chairwoman Rep. Pramila Jayapal (D-Wash.) asking Biden to push harder for negotiations with Russia over the war that it started eight months ago.

“We urge you to pair the military and economic support the United States has provided to Ukraine with a proactive diplomatic push, redoubling efforts to seek a realistic framework for a ceasefire,” wrote Jayapal.

In an unusual backtrack, Jayapal and the CPC sought to clarify their request by issuing a new statement later Monday reaffirming their support for Ukraine and support for Biden’s handling of the war.

But the move immediately opened the door to further questions about the party’s foreign policy strategy just days before the elections.

Rep. Ruben Gallego (D-Ariz.), a member of the CPC, did not sign the letter and criticized it in a tweet Monday, writing “The way to end a war? Win it quickly. How is it won quickly? By giving Ukraine the weapons to defeat Russia.”

Gallego told The Hill Tuesday that he did not think the 30 members signed on “fully knowing the consequences.”

“And also the timing seems weird too,” he added.

The Hill has reached out to Jayapal and the CPC for comment.

House Speaker Nancy Pelosi (D-Calif.) released a lengthy statement on Tuesday reiterating the need for continued support for Ukraine, after attending the First Parliamentary Summit of the International Crimea Platform.

“Congress on a bipartisan and bicameral basis will not waver in our efforts to support Ukraine and hold Russia accountable,” she said. “On behalf of the Congress, I made absolutely clear that America’s support for Ukraine will continue until victory is won.”