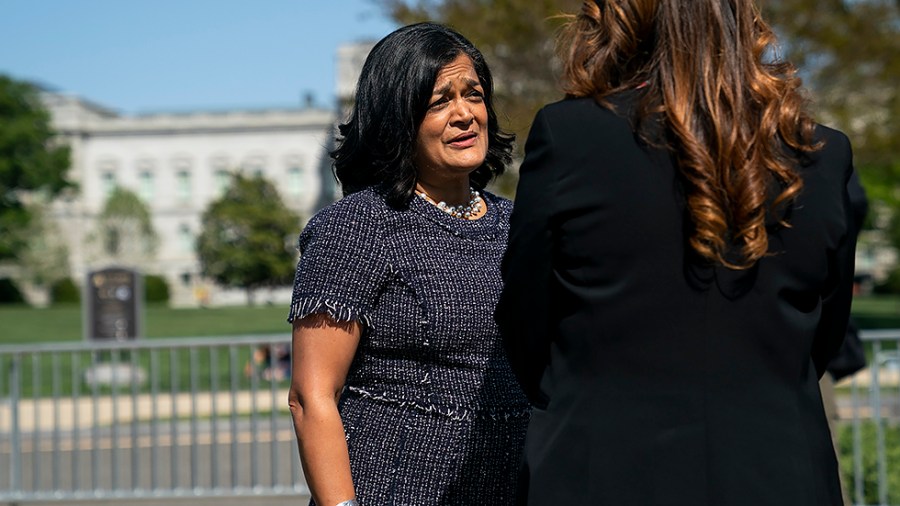 “The Congressional Progressive Caucus hereby withdraws its recent letter to the White House regarding Ukraine,” Rep. Pramila Jayapal (D-Wash.), the caucus chairwoman, wrote in a statement, representing a stunning shift in their call for a diplomatic push to end the Russia-Ukraine war.

“The letter was drafted several months ago, but unfortunately was released by staff without vetting. As Chair of the Caucus, I accept responsibility for this,” Jayapal wrote. “Because of the timing, our message is being conflated by some as being equivalent to the recent statement by Republican Leader McCarthy threatening an end to aid to Ukraine if Republicans take over.”

The Hill reported earlier on Tuesday that the letter was written over the summer and released this week without consideration of the timing, two weeks ahead of midterm elections.

Jayapal said that her caucus’s stance towards the Biden administration’s approach to the war unintentionally created the perception that they were aligned with “Republicans who seek to pull the plug on American support for [Ukrainian] President [Volodymyr] Zelensky and the Ukrainian forces.”

“Nothing could be further from the truth,” she added. “Every war ends with diplomacy, and this one will too after Ukrainian victory. The letter sent yesterday, although restating that basic principle, has been conflated with GOP opposition to support for the Ukrainians’ just defense of their national sovereignty. As such, it is a distraction at this time and we withdraw the letter.”

House Minority Leader Kevin McCarthy (R-Calif.) was widely criticized over an interview published last week in which he said a GOP majority would not give a “blank check” to Ukraine, indicating it would instead focus on relieving economic pain at home.

On Monday, many of the House’s top liberals signed on to an official memo written by Jayapal asking Biden to push harder for negotiations with Russia over the war it started eight months ago.

“We urge you to pair the military and economic support the United States has provided to Ukraine with a proactive diplomatic push, redoubling efforts to seek a realistic framework for a ceasefire,” wrote Jayapal.

In an unusual backtrack, Jayapal and the Congressional Progressive Caucus sought to clarify their request by issuing a new statement later on Monday reaffirming their support for Ukraine and support for Biden’s handling of the war.

House sources told The Hill on Tuesday that the letter was circulated in June, and the reason for its release so close to elections was unclear.

“They waited to get about 30 and released,” one source texted. “Didn’t consider election timing.”

House Speaker Nancy Pelosi (D-Calif.) released a lengthy statement on Tuesday reiterating the need for continued support for Ukraine, after she attended the First Parliamentary Summit of the International Crimea Platform.

“Congress on a bipartisan and bicameral basis will not waver in our efforts to support Ukraine and hold Russia accountable,” she said. “On behalf of the Congress, I made absolutely clear that America’s support for Ukraine will continue until victory is won.”