Populist autocracy is built upon fears of a new demographic order 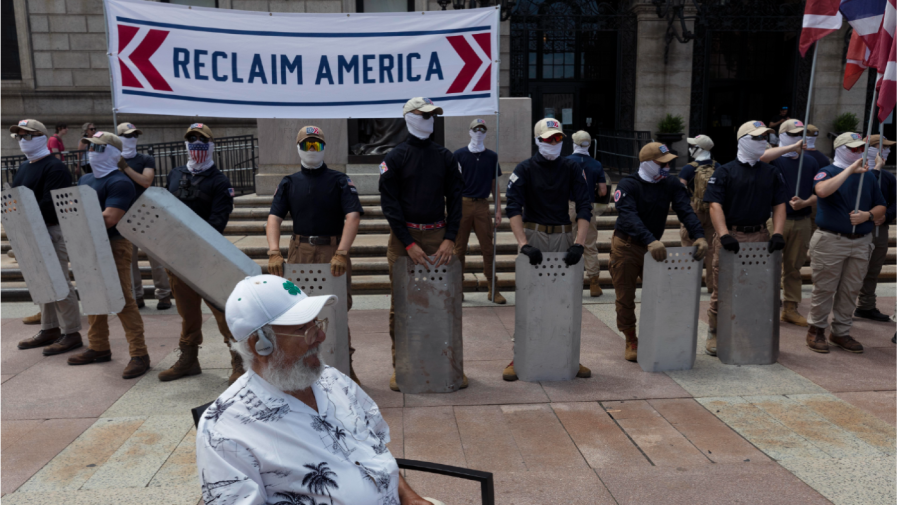 Italian Prime Minister Giorgia Meloni is the West’s newest far-right populist leader. From Russia to the United States, demagogues have gotten elected by appealing to people who feel threatened by the growing diversity of their countries. Once in office, these leaders have often curtailed freedom to retain power.

Populism, which originated in the late 19th century and reached its fullest expression in the fascist movements of the interwar period, divides society into the mass of ordinary people and a “corrupt elite” who allegedly exploit them. The populist leader poses as the consummate outsider promising to restore national greatness, embracing the people’s grievances (real and imagined) and focusing their anger on a convenient scapegoat.

Meloni’s Brothers of Italy party has its roots in Italian fascism, which extolled Benito Mussolini as the embodiment of the popular will and scorned democracy. The party’s slogan, “God, Fatherland, Family,” reveals its ethnocentric agenda, which includes increasing the native Italian birthrate (as Mussolini also tried to do) and opposing immigration. Meloni wants to roll back LGBQT+ and women’s rights, including access to abortion.

The Sweden Democrat Party, which grew out of a neo-Nazi movement, garnered 20.6 percent of the vote in the September election and is now the second-largest party in Sweden. Like its Italian counterpart, SD espouses a nationalist, anti-immigrant agenda. As a member of the governing coalition, it may be able to implement some of its policies.

In Poland, President Andrez Duda, whose Law and Justice party came to power in 2015, has ushered in a host of restrictive measures under the guise of protecting the country’s Catholic identity. The government has limited freedom of the press by removing independent-minded journalists from state media positions and compromised the judiciary by replacing judges with party loyalists. It passed a strict anti-abortion law and opposes LGBTQ+ rights.

The Polish government has taken a tough anti-immigrant stance with racist undertones. Last spring Poland welcomed white Ukrainian refugees but turned away African students studying in Ukraine. A 2018 law criminalized blaming the Polish nation for its part in the Holocaust. The law’s supporters have unleashed a torrent of antisemitic rhetoric against its critics.

Hungary’s Victor Orban is the quintessential populist autocrat. Since taking office in 2010, Orban has increased the power of the presidency, curtailed the independence of the judiciary, limited freedom of the press, and restricted academic expression. He has also appointed party loyalists to the body overseeing elections, compromising their fairness. His system of government, virtually assuring one-party rule, has been dubbed “soft fascism.”

Orban and members of his Fidesz Party have been accused of racism, antisemitism and homophobia. “I find it very important,” Orban declared in 2017, “that we[Hungarians] should preserve our ethnic homogeneity.” In 2022, he doubled down on the remark, asserting “we do not want to become peoples of mixed race.”

Orban is the darling of the Republican Party, now widely considered the party of former President Donald Trump, and its talking heads. He invited Tucker Carlson to broadcast from Budapest and praised the Fox talk show host during his address to this year’s Conservative Political Action Conference, calling him “my friend” and insisting his show should be broadcast “24/7.”

In Serbia, another Orban admirer and ultranationalist Aleksandar Vučić won a landslide victory in April elections. Vučić denies the Bosnian genocide and has been using ethnic Serbians to stir up trouble in Kosovo.

Finally, there is Russian President Vladimir Putin, the granddaddy of modern populist autocrats. His ultranationalism, consolidation of power and aggression against neighbors to restore Soviet glory are well known.

Populist leaders admire and often emulate one another. If reelected in 2024, Trump plans to take a page from the Hungarian demagogue’s book. There have been reports that he will reissue Schedule F, an October 2020 executive order making (as he told a rally) “every executive branch employee fireable by the president of the United States.” With a compliant civil service and an ultraconservative court, Trump would have far greater power than he did during his first term.

There have always been petty tyrants willing to pander to the basest instincts of voters. More troubling is the degree of support they enjoy in so many countries. What makes populist autocracy so appealing? The best answer may be that we live in frightening times. Deep anxiety akin to that which arose during the interwar period pervades many societies today.

Western democracies do not face the hunger and upheaval that followed WWI or the unemployment of the Great Depression, but many are experiencing something like the demographic changes that accompanied the breakup of empires in 1919. Forced migration has created a visceral fear (magnified by social media) over a perceived loss of identity. The 2015 refugee crisis has contributed to increased support for far-right parties across Europe.

Keep all carbon removal approaches on the table at COP27

Many Americans also fear immigrants. A University of Chicago study found that the common denominator among those arrested for crimes related to the Jan. 6 insurrection was not income, education level or age but their community demographics. Most lived in counties that have experienced a decline in their non-Hispanic white population.

Populist autocrats thrive on the fear that a racial or ethnic majority is losing primacy of place. As long as they keep stoking that fear, they do not need to give their followers much else. Populist autocrats have not made life better for their supporters who may one day awake to realize they have sacrificed freedom for empty promises. By then, however, it will be too late.

Tom Mockaitis is a professor of history at DePaul University and the author of “Violent Extremists: Understanding the Domestic and International Terrorist Threat.”