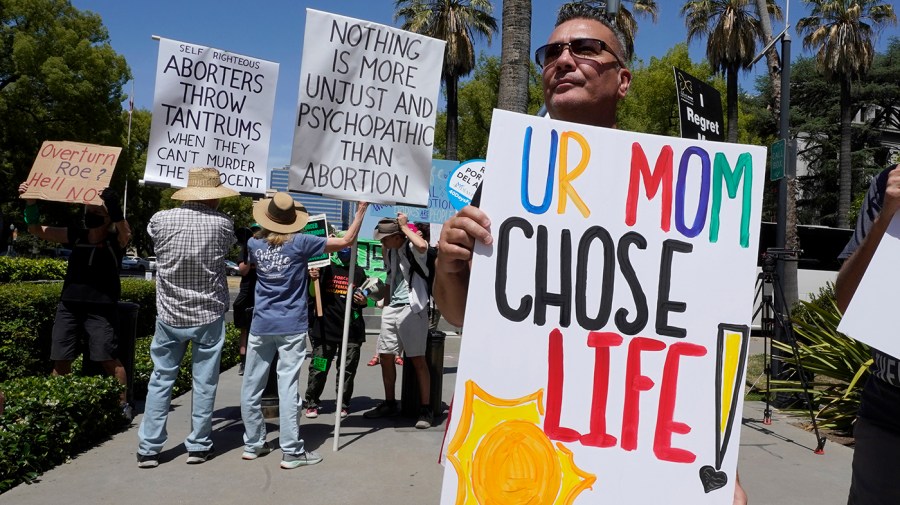 Nearly half of South Dakota voters back a law banning most abortions in the state, according to a survey from Emerson College Polling and The Hill released Tuesday.

Forty-five percent of voters said they supported the prohibition, which was passed more than 15 years ago but only went into effect over the summer after the Supreme Court overturned Roe v. Wade, the landmark 1973 abortion rights case. By comparison, 39 percent oppose the ban, while another 16 percent are unsure about their feelings on the law.

While the plurality support for the ban isn’t entirely surprising, given South Dakota’s deep-red political tint, the poll suggests that efforts to lift or undo the ban are likely to face an uphill battle.

Already, at least one group has proposed putting an amendment to the South Dakota constitution on the ballot in 2024 that would permit abortions up through the second trimester of pregnancy.

Still, abortion rights are far from the top issue for voters in South Dakota this year.

Only 12 percent of respondents said that abortion access was their top concern heading into the 2022 midterm elections. Forty-five percent said that the economy was the most important issue, followed by threats to American democracy at 15 percent, according to the Emerson College-The Hill poll.

At the same time, nearly half of respondents — 49 percent — said that the Supreme Court’s decision to overturn Roe v. Wade doesn’t factor into their likelihood of voting in this year’s midterm elections, while 47 percent said that the ruling makes them more likely to cast a ballot.
Only 4 percent said the Supreme Court’s decision makes them less likely to vote, according to the poll.

The Emerson College-The Hill poll surveyed 1,500 very likely general election voters from Oct. 19-21. It had a margin of error of plus or minus 2.4 percentage points.