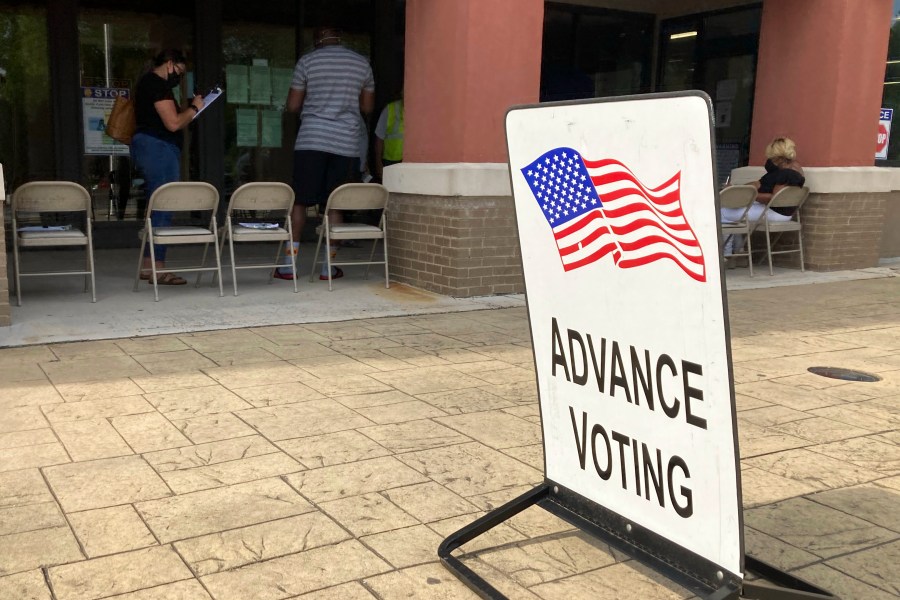 It appears voters in states that passed what critics called “voter suppression laws” didn’t get the memo that Republicans had made it too difficult for them to vote. News reports say voters are flocking to the polls.

Here’s the New York Times on Saturday, “Days into early voting in the 2022 midterm elections, states across the country have seen a surge of voters casting ballots at in-person voting sites and by mail, the latest sign that the 2020 election ushered in a transformation in the way Americans vote.”

And the high voter turnout apparently includes low-income and minority populations that were the alleged targets of voter suppression.

The United States Elections Project, whose mission “is to provide timely and accurate election statistics, electoral laws, research reports,” says that of nearly 8 million early votes cast (as of Monday, Oct. 24), 50.6 percent of those voting in the 17 states that report party registration data were Democrats.

And of the three states that record race and ethnicity data (Georgia, North Carolina and South Carolina), 28.2 percent of the early voters have been non-Hispanic blacks. Even Georgia’s Black Lives Matter is celebrating: “Voter turnout in Georgia reached historic highs on the first day of early voting in this midterm election, and Black Voters comprised 35% of all those who turned out to vote,” according to a BLM statement. (Emphasis in original.)

The U.S. Census Bureau says Blacks make up 33 percent of the Peach State’s population, so Blacks are actually overperforming relative to their demographics.

The Brennan Center also tracks state legislation that it claims would expand voting access by making it easier to register to vote, stay on the voting rolls and vote.

But the best reason for thinking the new laws are not as restrictive as Biden and Democrats claimed is that courts have left them largely intact. Indeed, one federal judge, an Obama appointee, just threw out Abrams’s voting rights lawsuit targeting Georgia’s election practices.

One of the best responses to those who claim the 2020 presidential election was stolen is to point out that more than 60 lawsuits were filed in several states challenging the election results. Only one court agreed, in Pennsylvania, and only on three minor points.

That’s a lot of lawsuits, and many more than those filed trying to overturn the 2020 election results. If those election reform laws are as egregious as Democrats and President Biden claim, courts in several states would likely have agreed and overturned the law or stayed implementation. That hasn’t happened.

While it’s possible there will be some post-election tweaking of the election laws (a common practice, since legislators sometimes discover unintended problems with legislation), it’s unlikely that any will be overturned. It’s hard to convince a judge that election integrity laws were really trying to suppress the vote when the alleged targets of that suppression turn out in higher-than-normal numbers. Just ask Georgia’s Black Lives Matter.